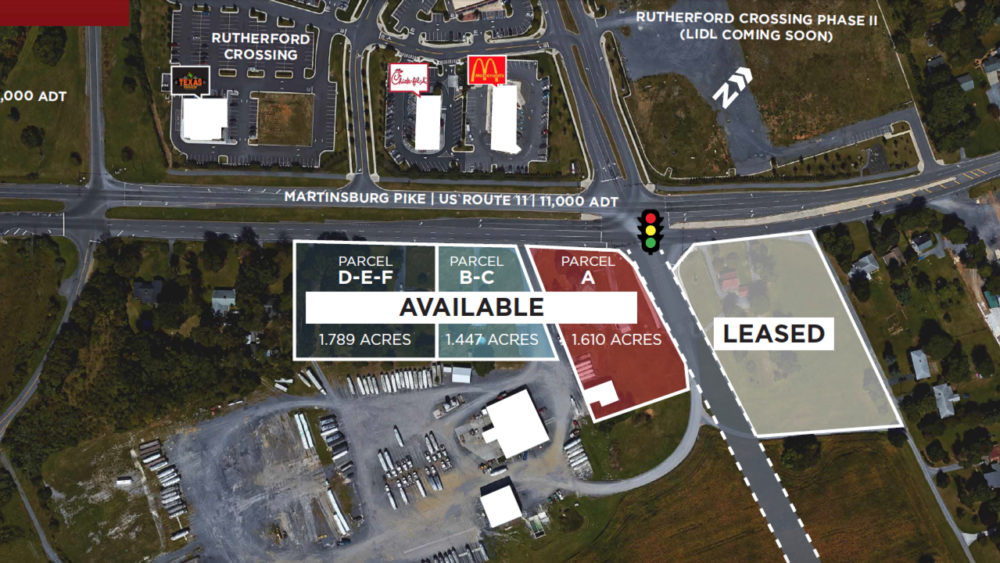 What is the Status of Snowden Bridge Station?

Snowden Bridge Station is the project that will be developed off of U.S. 11 on the north side of Snowden Bridge Blvd, adjacent to the CSX railroad.

In July 2016, the Board of Supervisors approved an application to rezone a total of 13.9 acres in Snowden Bridge Station from M1 (Light Industrial) District to B2 (General Business) District and B3 (Industrial Transition) District. If you are curious, here are the uses allowed for B2 zoning and B3 zoning. Among other uses, restaurants, food stores, and general retail is allowed.

Today, the section of Snowden Bridge Station that has been zoned as General Business & Industrial Transition, is being marketed as lots available for lease: “Flexible sizes from 0.50 to 3.24 available, accommodating pharmacy, grocery, fast food, bank, automotive, etc.” The lots are advertised as becoming available for delivery to their lessees in the 4th quarter of 2019.

One side of Snowden Bridge Blvd, the one marked as “Leased” on the main photo, is currently under contract by a major gas station/convenience store. The other side, marked as parcels A-B-C-D-E-F, is still available. The owner of these properties is searching for national caliber tenants that will lease the land and build what they wish. Realistically, I don’t expect us to see anything there for another 2-3 years. 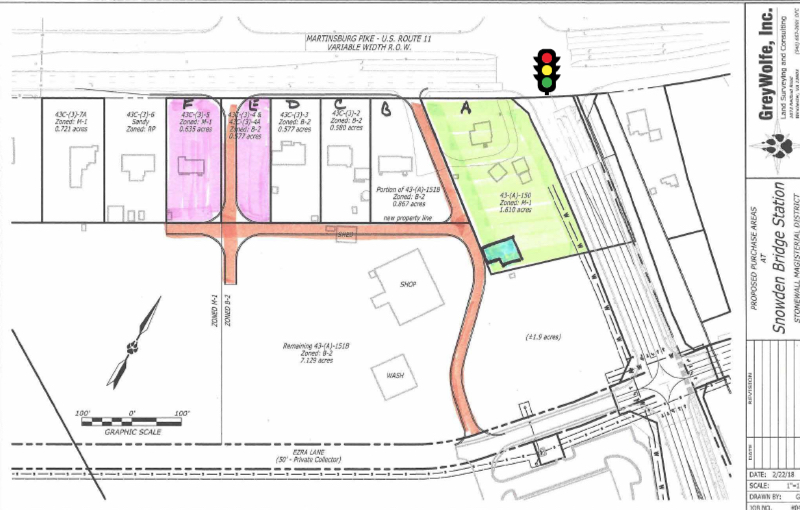